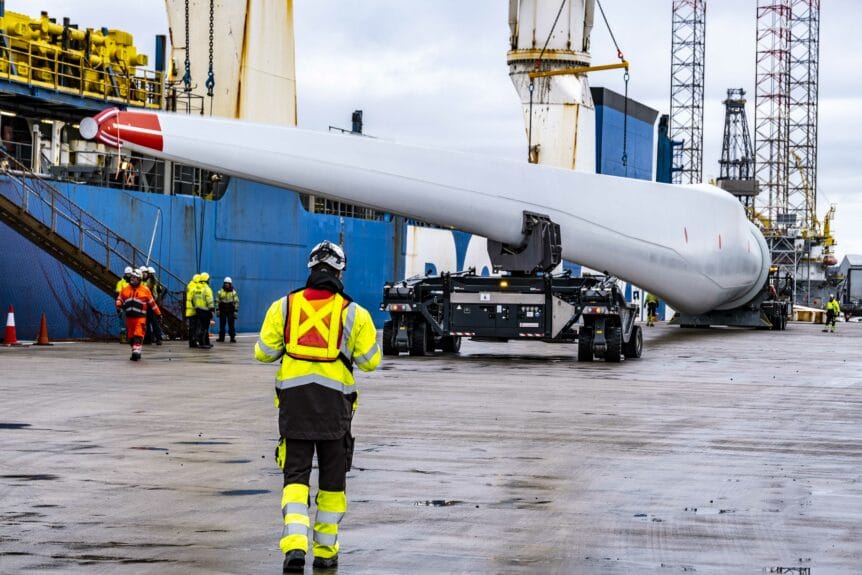 The first turbine blades for the Neart na Gaoithe (NnG) offshore wind farm have just arrived at the Port of Dundee.

Eighteen turbine blades, each 83.5 metres long, were delivered to the port this week and brought alongside the new DunEco Quay before being discharged and transported to Scotland’s brand new custom built Wind Turbine Marshalling facility, where they will be stored until being shipped to site.

Over the next few months, a total of 162 tower sections; 162 blades; and 54 nacelles will be delivered from turbine manufacturer, Siemens Gamesa.

NnG, under construction 15km off the coast of Fife, consists of 54 turbine towers which will be assembled at the Port of Dundee before being placed alongside nacelles and turbine blades on a specialist wind turbine installation vessel which will transport them to, and install them, at the site of the offshore wind farm.

The first turbines will be operational in time for the wind farm to begin generating power in 2023, with completion scheduled for 2024.

NnG, jointly owned by EDF Renewables and ESB, will have a capacity of c.450MW. It will supply enough low carbon electricity for around 375,000* homes and will offset over 400,000 tonnes of CO2 emissions each year. 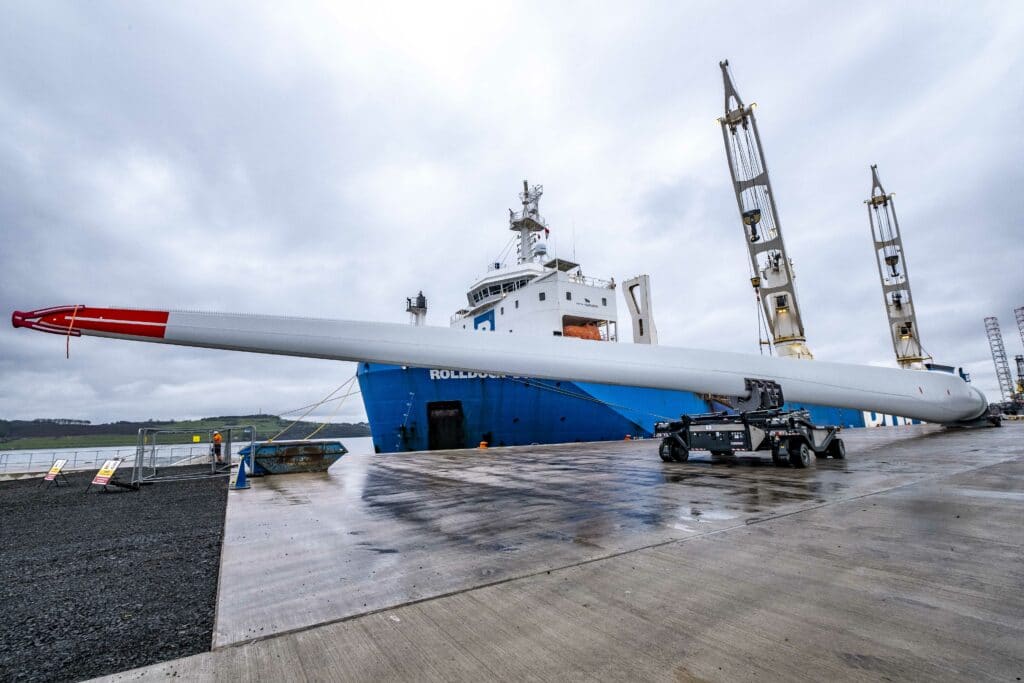 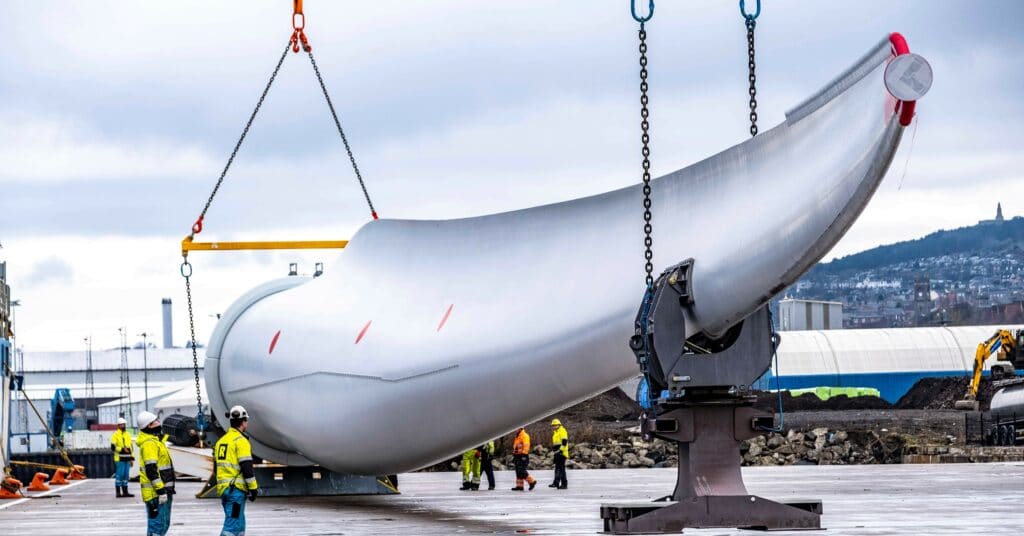