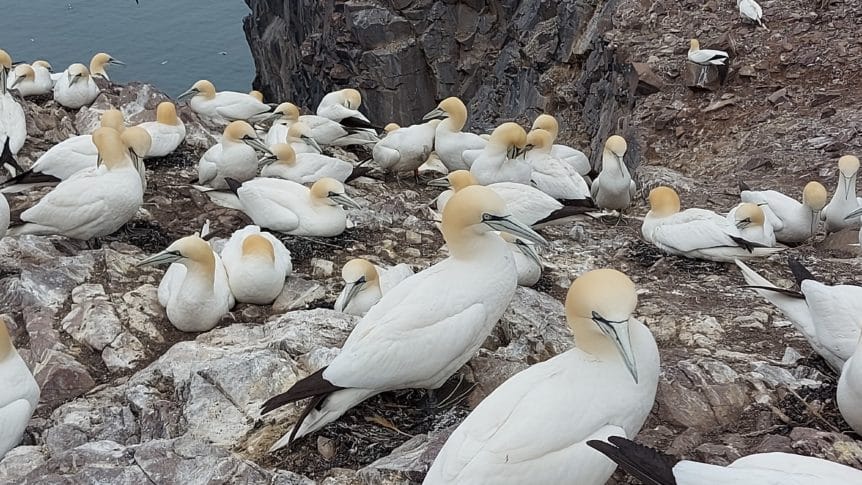 A pioneering seabird interaction study, as part of the NnG offshore wind farm, is underway at Bass Rock in the outer part of the Firth of Forth.

As part of the initial stages of the study, RSPB recently deployed tags on several gannets to track the movements of the birds and have now received the first sample of satellite tracking data – check out the map below.

The location and flight height data will allow the study to increase its understanding of how gannets behave around offshore wind farms.

Strix, world leaders in innovation and sustainability, are carrying carry out the study which has been devised in collaboration with RSPB, NatureScot, Joint Nature Conservation Committee and Marine Scotland Science.

The study of bird activity at NnG, currently under construction 15km off the coast of Fife, will see STRIX conduct an extensive two-year operation with cameras and radars installed on nine of NnG’s 54 wind turbines.

You can find more information on this study here: https://bit.ly/3vbnGYh

Credit to Jude Lane for the image of the gannet.