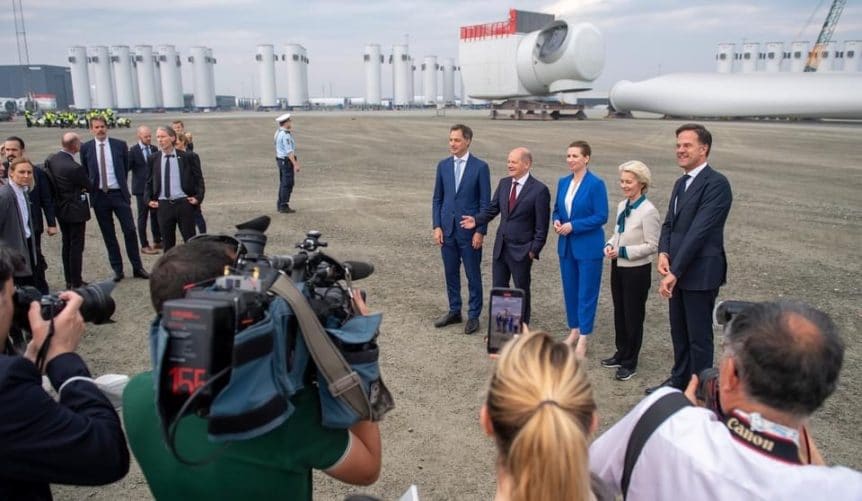 NnG’s turbine components formed the backdrop for a historic moment at the recent North Sea Summit held in Esbjerg, Denmark.

One of the project’s nacelles featured in the background as leaders from the governments of Denmark, Germany, Belgium, and the Netherlands visited the Port of Esbjerg as part of the summit.

NnG’s 54 wind turbines will each include one nacelle that contains all the components to control the turbine and convert the rotational movement to electricity via the main generator.

Over the coming months NnG’s turbine manufacturer Siemens Gamesa will deliver the nacelles and other turbine components to the Port of Dundee in Scotland where the turbines will be assembled before transported to, and installed, at the site of the offshore wind farm.

The first turbines will be operational in time for the wind farm to begin generating power in 2023, with completion scheduled for 2024.