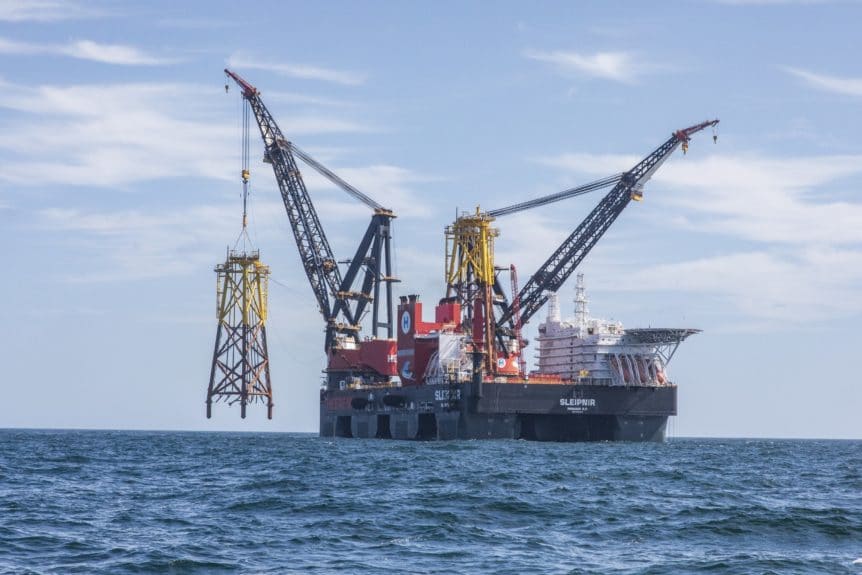 Neart na Gaoithe (NnG) offshore wind farm, under construction 15km off the coast of Fife, has achieved a major milestone as the first of its two offshore electricity substations was installed at the site of the project.

This milestone means NnG can be fully connected to the National Grid ahead of the project’s 54 wind turbines being installed in 2023.

Saipem used the largest offshore wind installation vessel in the world, the Heerema Sleipnir, to place the 1100 tonne topside onto one of the two foundation jackets.

The innovative ‘rock socket’ seabed supports for the jackets were prepared last year by the Saipem 7000 and Saipem 3000 construction vessels in a water depth of approximately 50 metres, to anchor the offshore substation to the seabed.

Once installed, the power generated by the offshore wind farm’s turbines will be exported via NnG’s two offshore substations to its onshore substation where the energy will access the National Grid’s entry point at Crystal Rig in the Lammermuir Hills, East Lothian.

The first turbines will be operational in mid-2023, with completion of the entire wind farm scheduled for 2024.

NnG, jointly owned by EDF Renewables and ESB, will have a capacity of c.450MW. It will supply enough low carbon electricity for around 375,000 homes and will offset over 400,000 tonnes of CO2 emissions each year.

Matthias Haag, NnG Project Director, said: “Having the first of NnG’s two offshore substations in place is a really important moment for everyone involved in the construction of this major offshore development for Scotland.

“A lot of hard work has gone in to preparing the seabed and installing two foundation jackets to help us reach this significant milestone and I’m pleased that we can now continue with connecting the platform to the grid and undertaking further foundation works.

“It’s an exciting time for NnG as construction continues both offshore and onshore and we are on track for our first turbines to be operational in mid-2023, with completion of the entire wind farm scheduled for 2024.” 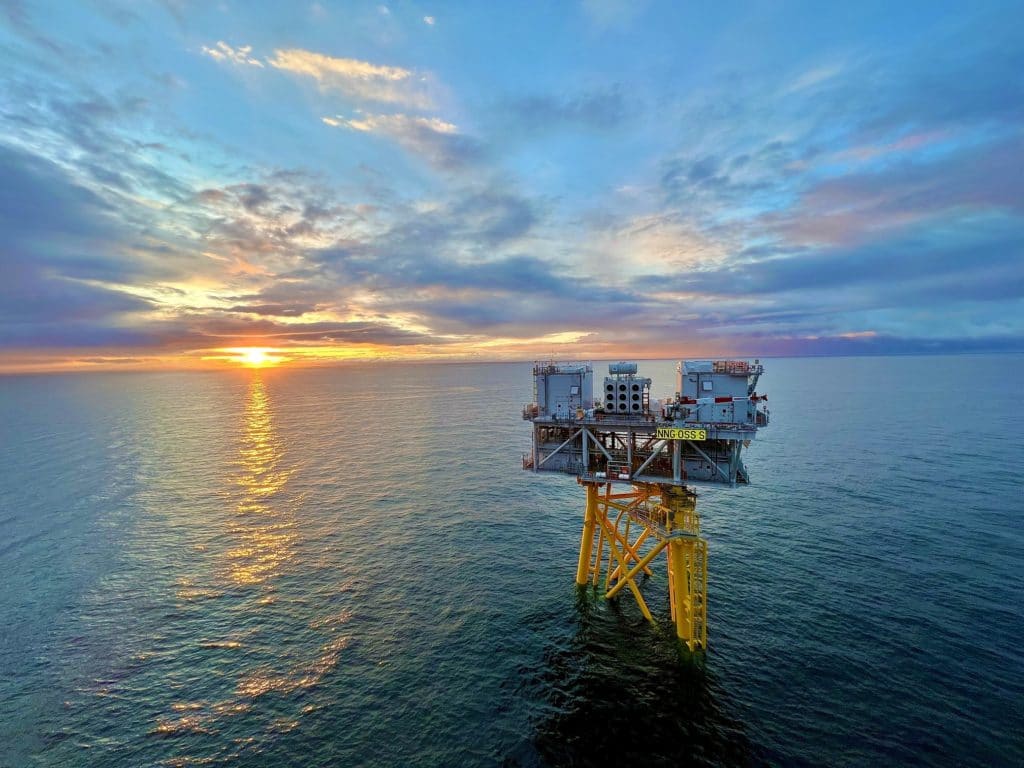