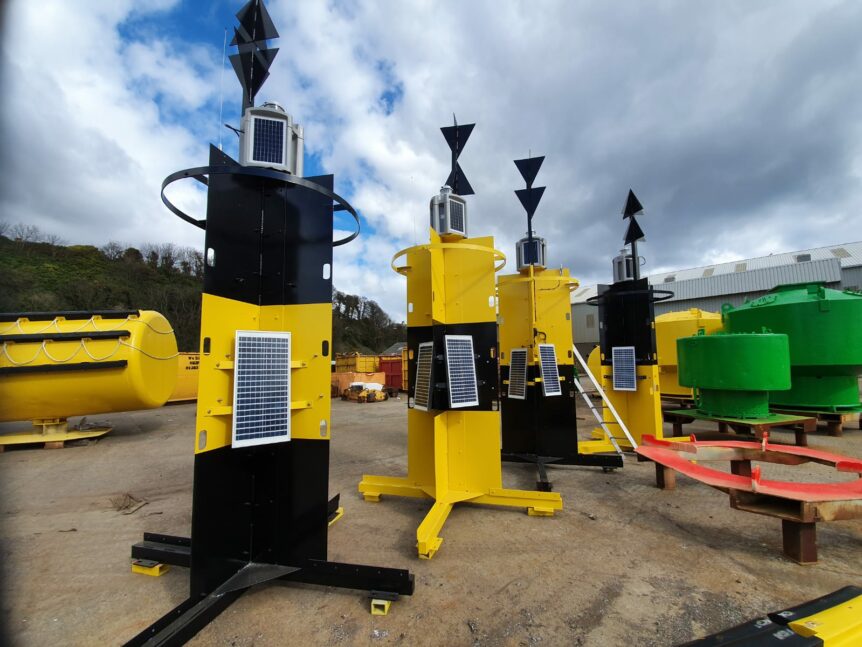 This week, in our series highlighting the important role the Scottish supply chain is playing in the construction of NnG, we focus on Briggs Marine.

Based in Burntisland, Fife, Briggs Marine has a global reach with over 750 employees based throughout the world including in Canada, Azerbaijan and Georgia with offices in Aberdeen and Liverpool.

A family business, Briggs Marine first began work on NnG in the autumn of 2019 providing nine demarcation buoys to mark out the perimeter of the windfarm site. The buoys, known as cardinal and lateral buoys, support safe construction of the windfarm and being visible from up to five miles away allows the safe passage of vessels passing by the offshore construction site.

Malcolm Duncan, a General Manager at Briggs Marine, said: “Four of the buoys indicate the north, south, east and west points of the site using their light pattern and demarcations. The buoys have powerful lanterns on top of them and alert passing vessels to a hazard, which in this instance is the windfarm site.

“Four of our buoys have Automatic Identification Systems and are visible to vessels from within five miles of each buoy because of the light they emit. Each of the five other buoys are monitored via satellite.”

Briggs Marine uses specialist vessels to deploy the buoys which are secured to the seabed by sinkers that can each weigh between three and five tonnes. Briggs Marine will also carry out an annual service on each buoy taking five crew members and one vessel around six days to complete.

Malcolm added: “About 10-15% of the total business Briggs Marine do is within the renewable energy sector and we expect to see this grow over the coming years and we look forward to playing an important part in the growth of renewable energy in Scotland.”

Briggs Marine’s involvement in the project isn’t just through the provision of demarcation buoys. They provided Partrac, who we featured in week one of our supply chain series, with multicat vessels to support its work on NnG.