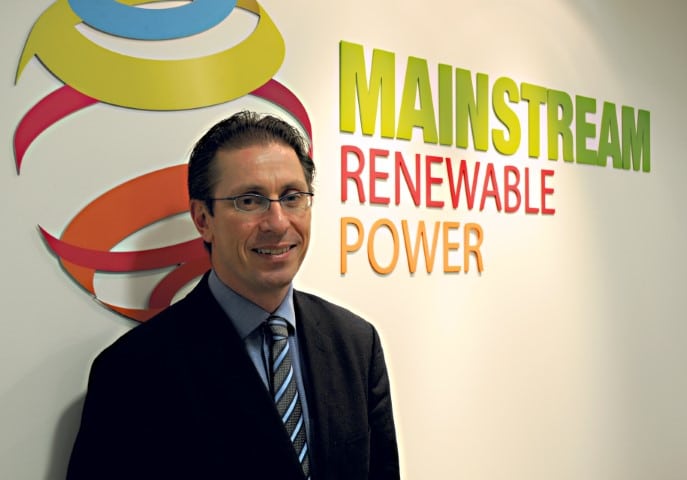 The wind farm will generate up to 450 megawatts (MW) of renewable energy, which is equivalent to the annual electricity provision of around 375,000 homes. It is a fully consented offshore wind project which is located in the Firth of Forth off the east coast of Scotland. It covers 105km2, and has a 15 year Contract for Difference at 140 Euros (corresponding to the indexation of the tariff of £114.39 that was set in 2012 prices), and grid connection agreements in place. This project also benefits from a wind regime among the best in the world.

The total investment required to deliver the project is around £1.8 billion. The commissioning of the wind farm is planned for 2023. In line with the group’s usual practice, the project will be open to other investors in due course.

Bruno Bensasson, EDF Group Senior Executive President responsible for Renewable Energies and Chief Executive Officer of EDF Energies Nouvelles’ Group said, “This large-scale new offshore project demonstrates our strong ambition in being a leading global player in the offshore wind industry. It confirms EDF Group’s wider commitment to renewables in countries where EDF already has a strong footprint such as the United Kingdom. The project is consistent with the CAP 2030 strategy that aims at doubling EDF’s renewable energy generation by 2030”.

Mainstream Renewable Power’s Chief Executive Officer, Andy Kinsella said, “We are very pleased to be bringing in such an established partner and supporter of the Scottish energy industry in EDF Renewables to this vital infrastructure project for Scotland. The completion of this sale adds to Mainstream’s global track record as the leading independent developer of some of the most significant and complex wind and solar projects across Europe, South America, Africa and Asia. The Neart na Gaoithe offshore wind farm has been fully developed by Mainstream and we are delighted to be handing over this world-class project.”

Simone Rossi, CEO of EDF Energy said, “This is evidence of our continuing investment and growth in Scotland, where we are the largest generator of low carbon energy. Our operations contribute £389m to the Scottish economy every year and we employ more than 2,800 staff and contractors. We supply 144,000 customers in Scotland.”

This press release is certified. Its authenticity can be checked on medias.edf.com

Neart na Gaoithe is Gaelic for “Strength of the Wind”.

Based upon the average domestic electricity consumption per home of 3,889 kWh per the Energy Consumption in the UK (published July 2017) and Renewable-UK offshore wind average load factor at 37.2%.

A key player in energy transition, the EDF Group is an integrated electricity company, active in all areas of the business: generation, transmission, distribution, energy supply and trading, energy services. A global leader in low-carbon energies, the Group has developed a diversified generation mix based on nuclear power, hydropower, new renewable energies and thermal energy. The Group is involved in supplying energy and services to approximately 35.1 million customers, of which 26.5 million in France. The Group generated consolidated sales of €70 billion in 2017. EDF is listed on the Paris Stock Exchange

EDF Renewables is one of the UK’s leading renewable energy companies which develops, builds and operates generation projects with a focus on onshore and offshore wind as well as battery storage technology. We also look after the operations and maintenance of our own wind farms. The company already operates more than 786MW of wind farms (including 319 MW in Scotland) and has more than 1GW in development. We are particularly committed to continuing the growth of our renewables business in Scotland which includes the delivery of the 177MW Dorenell wind farm in Moray, the largest onshore project with a CFD which is scheduled to complete in late 2018. The company employs more than 170 people. It is a Joint Venture between EDF Energy and EDF Energies Nouvelles.

The NnG offshore wind farm, located off the east coast of Scotland, is fully consented and was awarded a Contract for Difference (CfD) by the Low Carbon Contracts Company in February 2015. The CfD, which was awarded under a highly competitive tendering process, gives the wind farm an inflation-linked strike price for the electricity it produces for a period of fifteen years.

Mainstream Renewable Power is the leading independent developer of utility-scale wind and solar power plants in high-growth emerging markets. The company is focused on delivering a high quality portfolio of more than 7GW of wind and solar assets across South America, Africa and Asia. In Chile, Mainstream owns 1.3GW of fully contracted wind and solar projects in operation, in construction or at late stage development, due to its unprecedented success in government auctions. The company has delivered 600MW of wind and solar assets into commercial operation in South Africa and is about to start constructing a further 250MW of wind farms in the coming weeks. In Asia, the company is developing large-scale projects in Vietnam and the Philippines.

Mainstream has raised more than €1.3bn in project finance to date and employs 160 staff across four continents. The company has developed some of the biggest offshore wind projects in the UK, including Neart na Gaoithe, and the Hornsea projects.