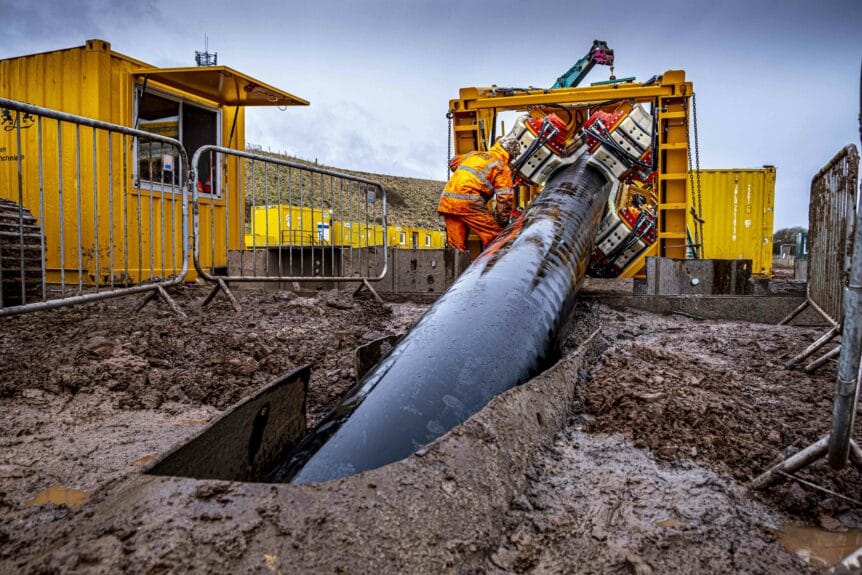 A ‘pipe push’ to install 650 metres of plastic ducting underneath Thorntonloch Beach, in East Lothian, as part of construction work for the Neart na Gaoithe (NnG) Offshore Wind Farm, is now complete.

This was the final stage of the Horizontal Directional Drill (HDD) exercise in preparation of the electricity transmission cable for NnG, jointly owned by EDF Renewables and ESB, being installed later this year.

The ducting passed through a drilled borehole 15 metres below the beach before emerging out on to the seabed approximately 500 metres offshore.

This is the second of two such landfall cable ducts to be installed, the first having been completed in December 2020.

Matthias Haag, NnG Project Director, said: “The ‘pipe push’ at Thorntonloch Beach completes a significant stage of the onshore construction for NnG which is a major infrastructure project for Scotland and is now well under way.

“We’re now fully prepared for the transmission cable to be installed later this year and I’m really excited to see the project move a step closer to our target of being fully operational in 2023.”

Onshore construction continues for NnG at various locations along the cable route which runs underground from Thorntonloch beach and into the Lammermuir Hills. Offshore work started in August last year.