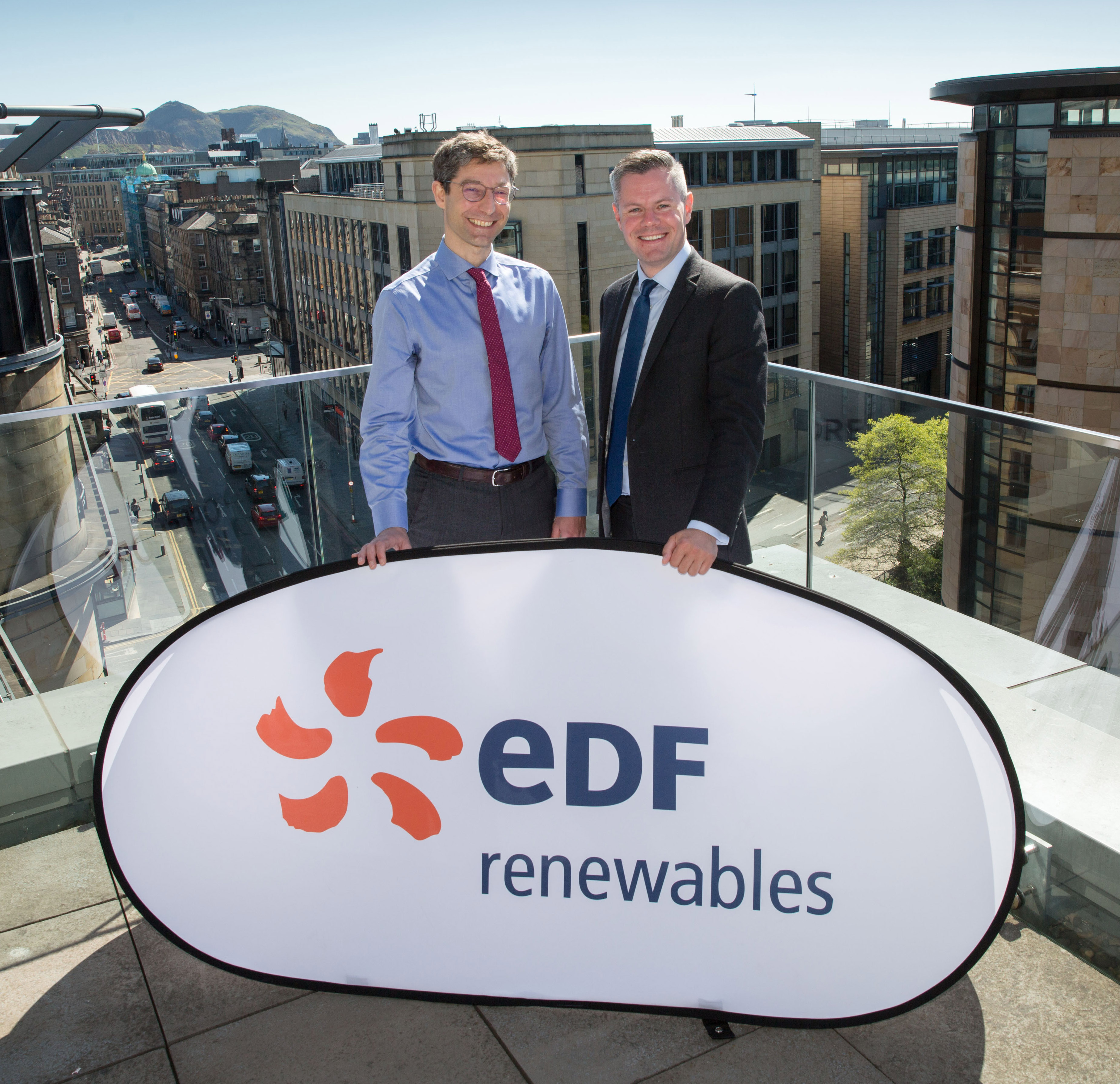 EDF Renewables in the UK has opened an extension to its existing office in Edinburgh to accommodate 60 new jobs created on the Neart Na Gaoithe offshore wind farm project. Derek Mackay MSP, the Scottish Government’s Cabinet Secretary for Finance, Economy and Fair Work, has marked the official opening today (Thu 16 May).

The expansion comes as part of the company’s continued commitment and investment in Scotland. EDF Renewables in the UK will increase its Edinburgh team from 44 to over 100 at the Atria One building in Scotland’s capital city.

A large number of the new team members have a particular focus on the Neart na Gaoithe (NnG) offshore wind farm which is planned to begin construction later this year. NnG has a capacity of up to 450 megawatts (MW) of low carbon energy, providing enough electricity to power more than 375,000 Scottish homes*, and will offset over 400,000 tonnes of CO2 emissions each year.

EDF Renewables is one of the UK’s leading renewable energy companies developing, building and operating energy generation projects with a focus on onshore and offshore wind as well as battery storage and other new technologies. In Scotland there are already eight onshore wind farms which have a capacity of 496 MW and we have over 2 GW in development.

Today’s announcement comes on the back of EDF Renewables’ Dorenell Onshore Wind Farm in Moray being commissioned in March this year. This project has a capacity of 177 MW and is the largest onshore wind farm in Europe for EDF Renewables.

“We continue to actively seek routes-to-market for onshore projects in Scotland as well as looking at more opportunities for offshore wind and battery storage. We are focused on our remote island wind project in Stornoway and have more than 2 GW of projects in our development pipeline which demonstrates how important Scotland is to us.”

Economy Secretary, Derek Mackay, said: “The expansion to EDF’s offices here in Edinburgh shows its strong commitment to investing in Scotland and reflects the value of our huge natural resources and our progressive and pro-business policies.

“Projects like the Neart na Gaoithe offshore wind farm will add to what is a growing industry for Scotland, with huge potential for further economic benefit and job creation. The Scottish Government is determined the supply chain and economic benefits of this industry will be fully realised.”

Scroll back to top